Multilevel mixed effects means you can place latent variables at different levels of the data. You can fit models with fixed or random intercepts and fixed or random slopes.

Say we have a test designed to assess mathematical performance. The data record a set of binary variables measuring whether individual answers were correct. The test was administered to students at various schools.

We postulate that performance on the questions is determined by unobserved (latent) mathematical aptitude and by school quality, representing unmeasured characteristics of the school: 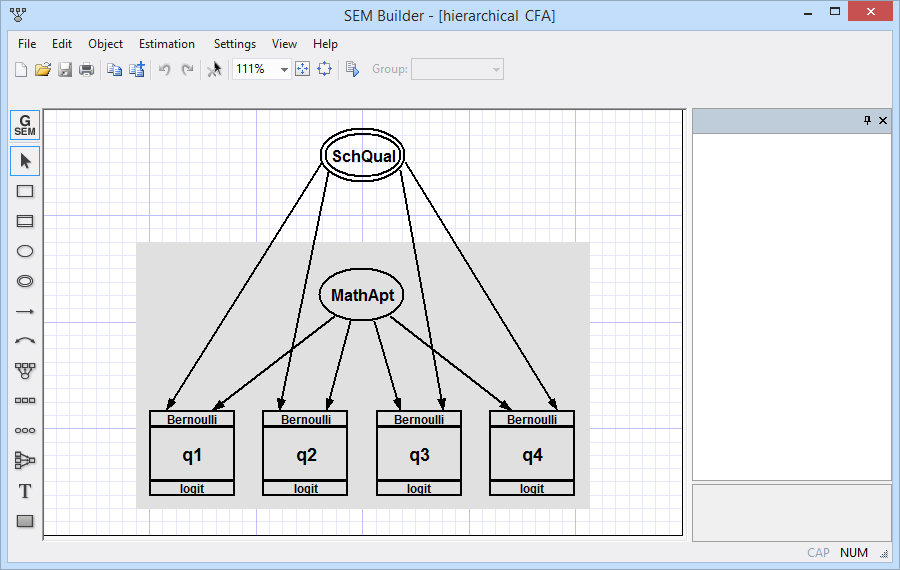 In the diagram, the values of the latent variable SchQual are constant within school and vary across schools.

We can fit the model from the path diagram by pressing

. Results will appear on the diagram.

Or, we can skip the diagram and type the equivalent command

Either way, we get the same results: