Stata’s sem fits linear SEMs, and its features are described below. gsem provides extensions to linear SEMs that allow for generalized-linear models and multilevel models. 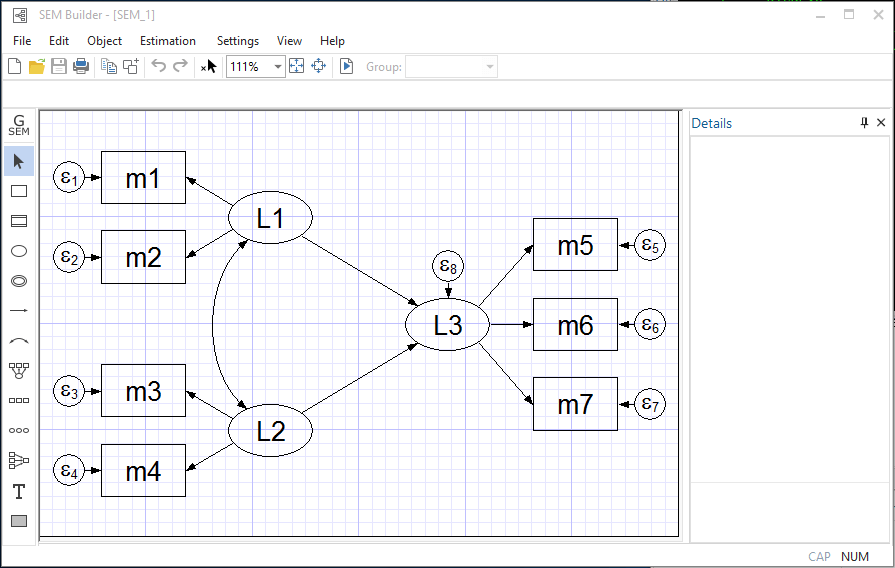 or use the command syntax

It’s the same model either way.

In command syntax, you type the path diagram. Capitalized names are latent variables. Lowercased names are observed variables. You can type arrows in either direction. The above model could be equally well typed as

and order does not matter, and neither does spacing:

You can specify paths individually,

Below we will demonstrate

Show me, fitting the model

Simplified versions of the model fit by the authors of the referenced paper appear in many SEM software manuals. One simplified model is 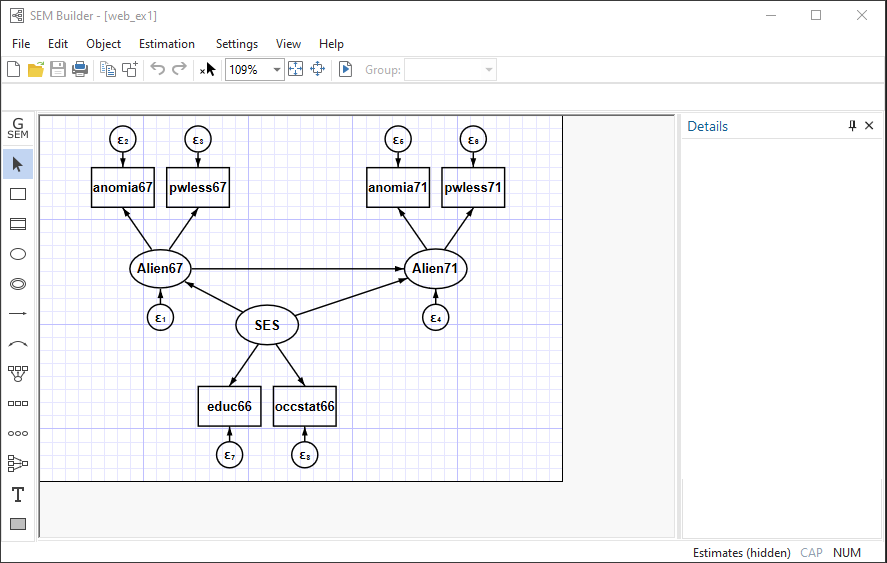 You can also readily fit this model using the following command:

And the results are

That the model is a poor fit leads us to looking at the modification indices:

Show me, refitting the model

Let’s refit the model and include those two previously excluded covariances:

And the results are