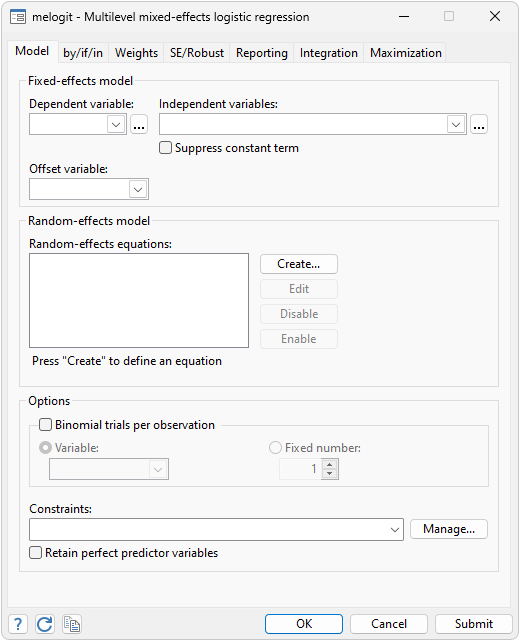 We have student-level data, where students are nested in classes, and classes are nested in schools. Our dependent variable thk is an ordered categorical variable that takes on the values 1, 2, 3, or 4; and we have three explanatory variables: prethk, cc, and tv. We will treat prethk as continuous. cc and tv are binary, and we want to include their interaction in the model. Let's fit an ordered logistic model:

The output table includes the fixed-effect portion of our model, the estimated cutpoints (because this is an ordered logistic model), and the estimated variance components.