Why does stsum sometimes report missing values for the percentiles of survival time?

Look at the following stsum output:

See the missing value for the 75th percentile of survival time for the group exp==1? That is the question: why is that value missing? In more extreme cases, you might see both the 50th and 75th percentile estimates, or even all three, missing. 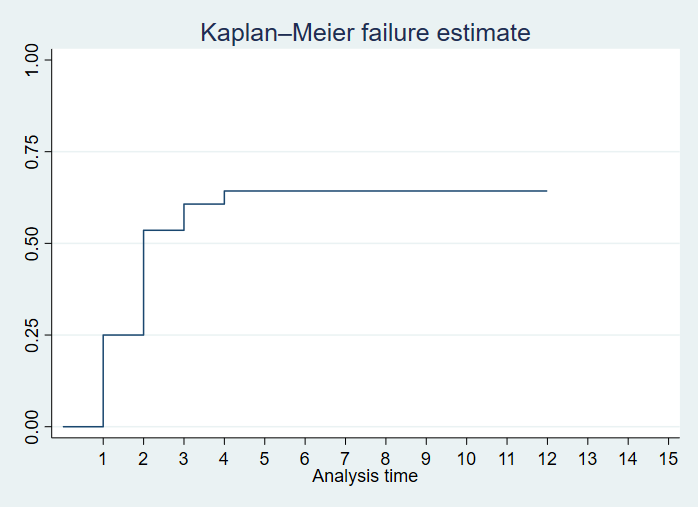 The failure function F(t) reports the probability of failing before or at time t. In other words, F(t) gives us the expected proportion of individuals that would fail by time t.

The failure function here becomes flat at F(t) = 0.6429. It does that because not all the subjects have died yet—this is called right-censoring.

What is the 25th percentile of completed survival times? The 25th percentile occurs where F(t) = .25 (meaning that 25% have failed and 75% have yet to fail), and that is t=1. Look back at the stsum output, and you will see that 1 is reported.