Click on Start -> Run, and type dxdiag. If a Windows dialog box is displayed asking if you want to verify your drivers, you can safely click no and continue. When the program has finished loading, you should see something similar to one of the following images:

Note that the Operating System line, refers to Windows <some version> x64 or 64-bit edition. The last window specifies the processor Itanium, which is a 64-bit processor.

Select About this Mac from the Apple menu. The text below Mac OS X will give the operating system version, and the Processor line will give you the processor type. 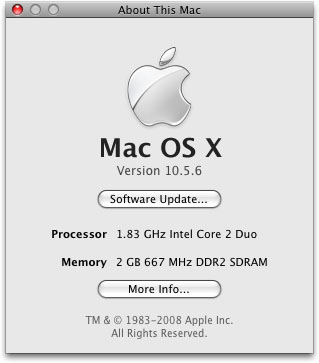 All currently shipping Macs have a 64-bit processor and a 64-bit operating system.

Linux users should issue the uname command. Depending on the platform, you may see: