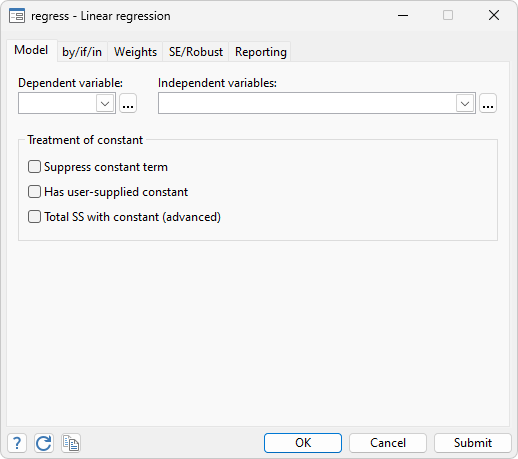 For example, let’s start with a dataset that contains the price, weight, mpg, and origin (foreign or U.S.) for 74 cars:

We have used factor variables in the above example. The term foreign##c.mpg specifies to include a full factorial of the variables—main effects for each variable and an interaction. The c. just says that mpg is continuous. regress is Stata’s linear regression command. All estimation commands have the same syntax: the name of the dependent variable followed by the names of the independent variables. After estimation, we can review diagnostic plots: 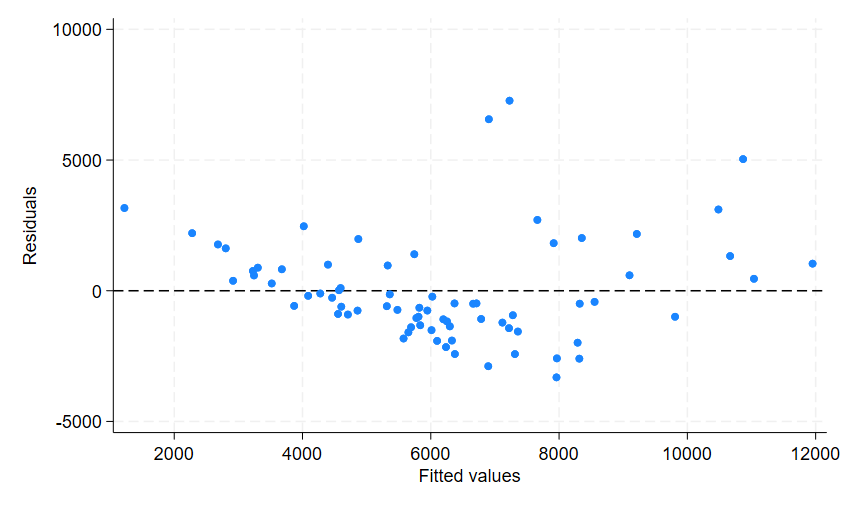 Typing rvfplot displays a residual-versus-fitted plot, although we created the graph above by typing rvfplot, yline(0); this drew a line across the graph at 0. That you can discern a pattern indicates that our model has problems.

We obtain a leverage plot by typing: 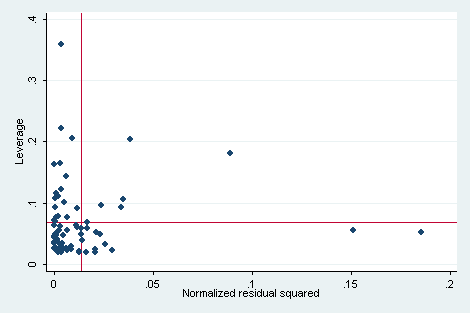 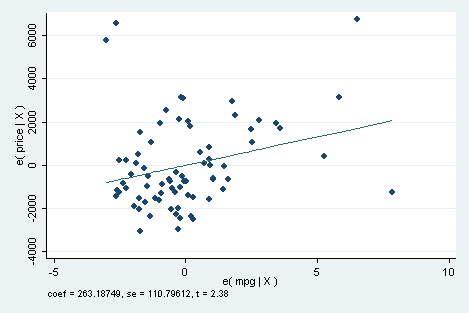 Added-variable plots are so useful that they are worth reviewing for every variable in the model: 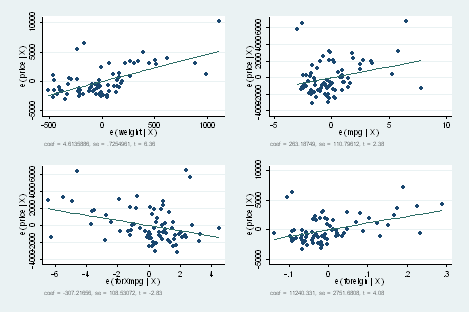 The graph above is one Stata image and was created by typing avplots. The combined graph is useful because we have only four variables in our model, although Stata would draw the graph even if we had 798 variables in our model. The individual graphs would, however, be too small to be useful. That is why there is an avplot command.

Exploring the influence of observations in other ways is equally easy. For instance, we could obtain a new variable called cook containing Cook’s distance and then list suspicious observations by typing